Chuck Fairchild, President of Fairchild Communications Systems, Inc., was presented with the prestigious Distinguished Hoosier Award from Robert Zetzl on behalf of Governor Eric J. Holcomb for his lengthy involvement in the community and state during his Scoutmaster retirement party in March. 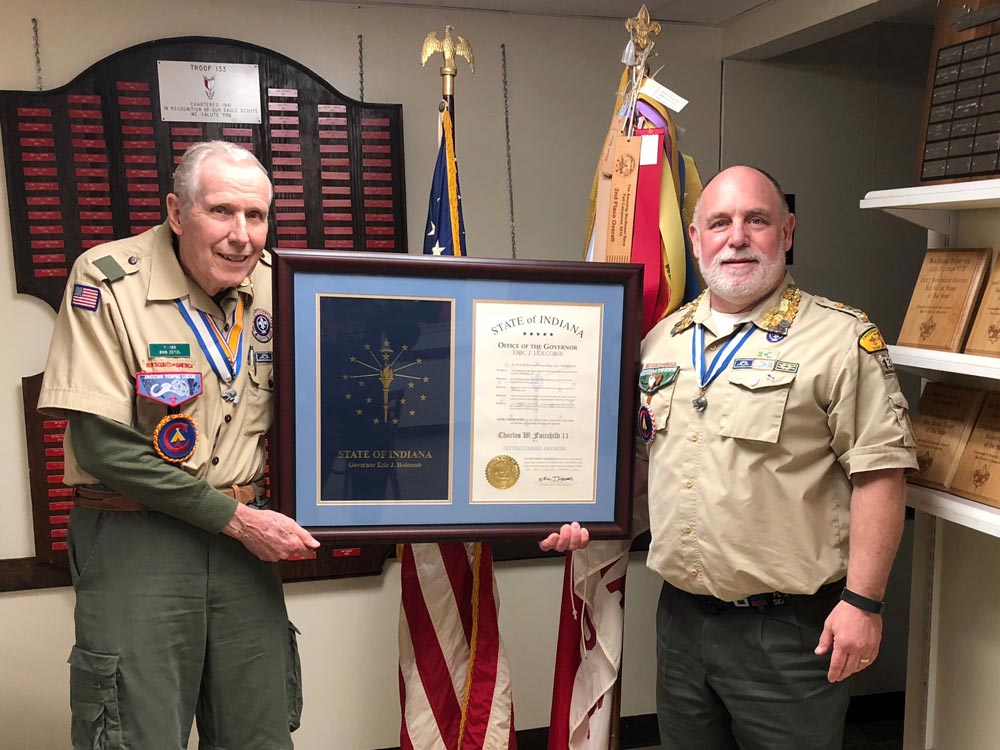 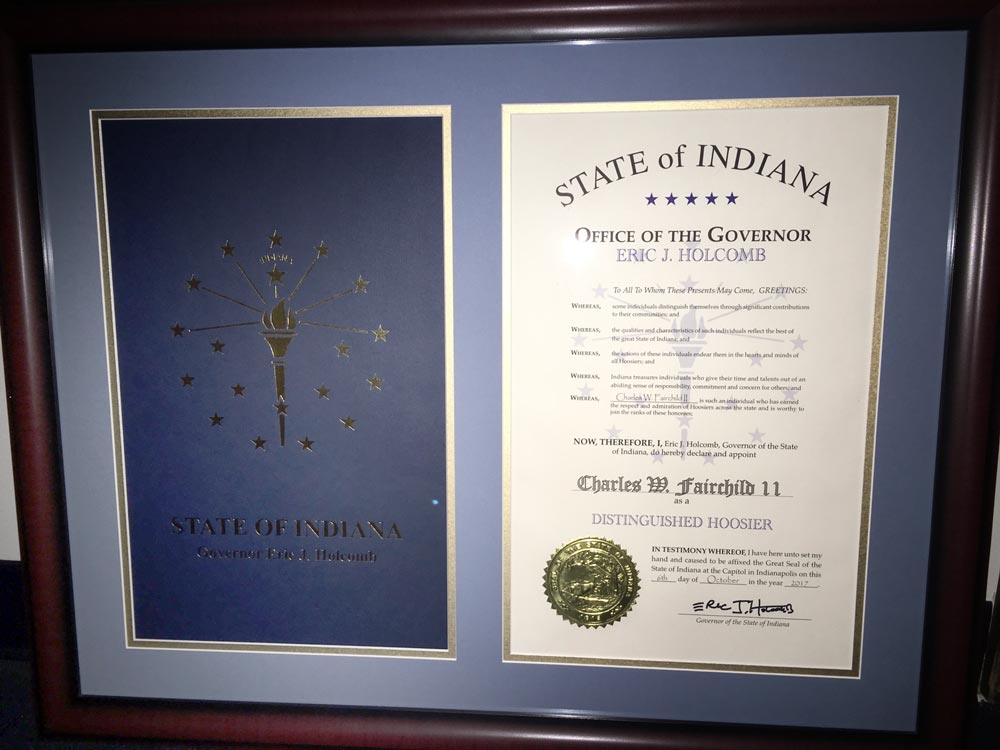 The Distinguished Hoosier Award is one of the highest honors given by the State of Indiana to its citizens. The award is solely granted by the discretion of the governor to outstanding residents for their accomplishments and contributions to their communities. Chuck received this award for his exceptional and on-going dedication to the Boy Scouts of America.

“I wouldn’t be able to achieve or accept this award without acknowledging all of those who have volunteered alongside me and offered their support,” Chuck said. “It is a humbling honor. I am proud to have helped others practice their faith, achieve great things and grow to become amazing, successful individuals in my home state.”

Chuck’s impressive list of service and leadership to the Boy Scouts of America includes:

While helping others, Chuck is also a devoted husband, father of four sons and a successful businessman. Next time you see him, make sure to congratulate him on this impressive honor!